One of the most popular boats on the Deadliest Catch, we at Giddings Boatworks are proud to say, “It was built by Giddings”.

The five men helped custom-build the boat’s interior, including some comforts unheard of in a crab boat: a four-man sauna, state rooms with queen-size beds and a dishwasher. The vessel carries 137 pots.  The engine and prop upgrades were detailed in a special episode of Deadliest Catch about the history of the Time Bandit on April 16, 2013 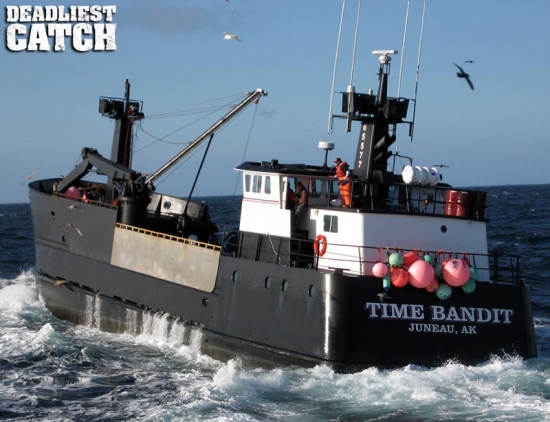 We pride ourselves in providing top quality steel work and have been building and repairing commercial fishing vessels since 1979.